Pod People Productions is the audio division of Thelonious Punk Productions. We specialise in original podcasts, fact and fiction, covering all aspects of life, entertainment and culture. We can also produce podcasts for established brands seeking to expand their markets, service existing customers and seek new ones in the digital sphere.

We work with top class studios and producers and are partners with Audioboom who distribute our podcasts. 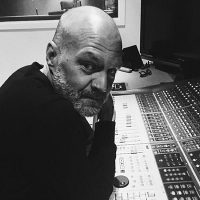 Mike is the founder and director of Pod People Productions and Thelonious Punk Productions Ltd. He has extensive experience in audio creation, having worked in the radio and music industry for over 30 years.

He’s worked in commercial and public radio, creating music and speech formats here in the UK and his native Canada. He was a member of the launch team at Talk Radio UK in 1995 and was there to rebrand it talkSport in 2000. In 2001 he joined the BBC to help launch (and later save) BBC Radio 6 Music. Most recently he was Content Editor at BBC Radio 2 and 6 Music (creating the audio entry to win Radio 2 the Radio Academy’s Station of the Year back to back), overseeing award winning programmes, events, and outside broadcasts.

In that time he’s worked with some of the biggest names in broadcasting and built up an extensive contacts book. 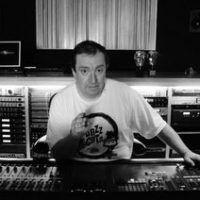 Nigel Heath has enjoyed a long career in music and film and television sound and has passionately pushed the boundaries of sound with passion with his groundbreaking work.

Since founding Hackenbacker Studios in the early 90’s he has contributed to the sound tracks of an extensive list of film and television projects such as ‘Downton Abbey’, ‘Jamestown’ ‘The Death Of Stalin’,’Cold Feet’,’Four Lions’, In Bruges’, ‘Thunderbirds Are Go’, ‘Robozua’ and the critically acclaimed ‘Killing Eve’ often fusing together the arts of sound design and music in his work.

A proud six times Emmy nominee and double BAFT A winner, Nigel is currently busy working on some major projects set for release in 2019.