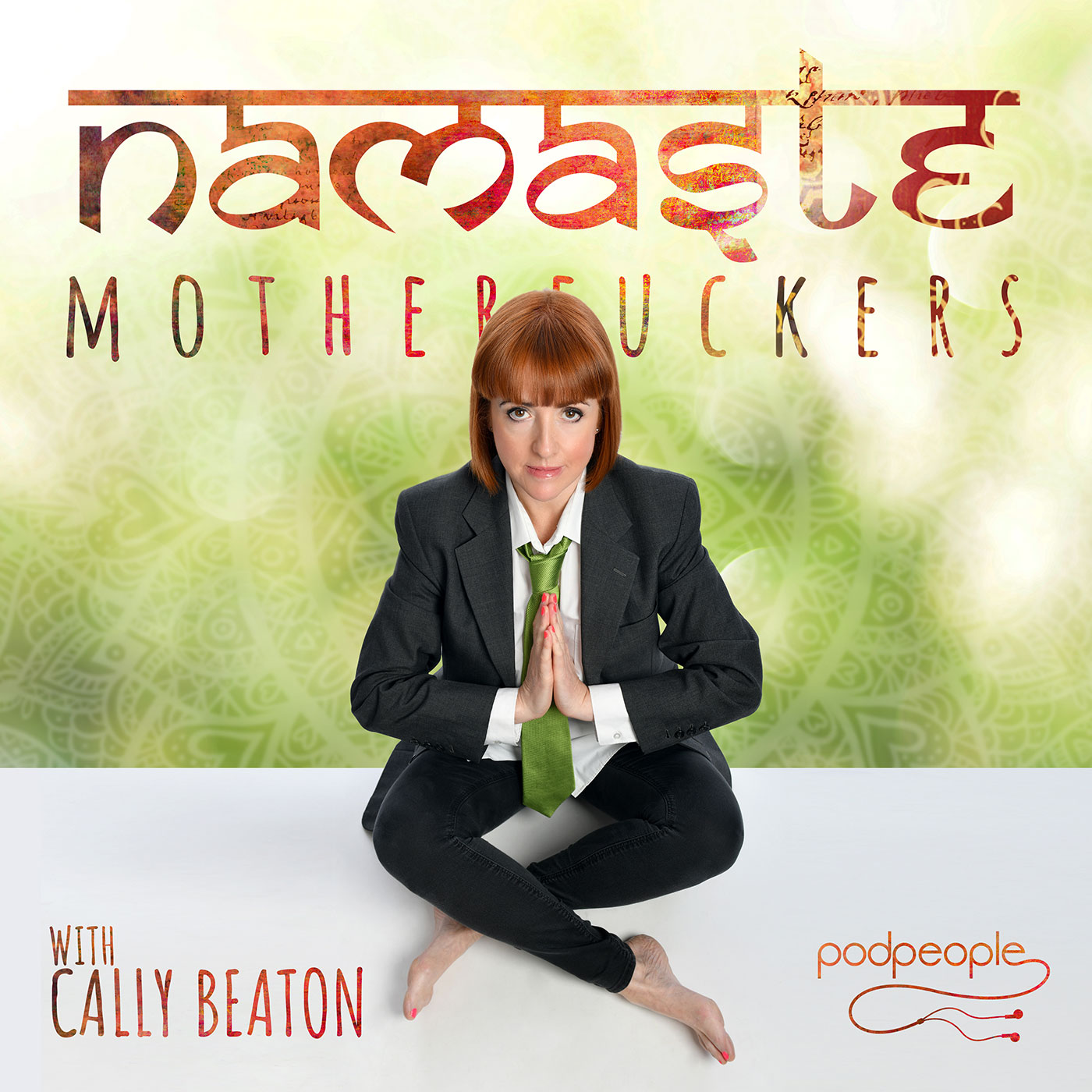 Ever wondered what it’s like to be a national treasure? Or whether you can help yourself with self-help? If it’s possible to get rich quick without being a dick? Or how many close family members have to die before you get a dog? With the help of celebrity guests and experts, Cally will be getting to the stories you’ve never heard before – uncovering not your normal life lessons, but some big ones nonetheless.

Namaste Motherfuckers puts heart and humour into the worlds of work and wellbeing, with the guarantee that saving your soul has never been more fun. 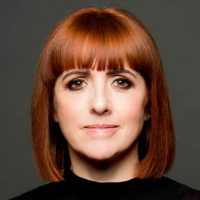 Cally has held senior management positions at some of the biggest media companies in the world including MTV, UKTV and ViacomCBS. Early in her career she headed an independent TV production company that was bought by ITV’s Carlton Television (where a certain David Cameron was on the board). She left to set up a successful creative consultancy company, and went on to do a ten-year stint as Senior Vice President at the US studio giant ViacomCBS. There, Cally oversaw a multi-million dollar budget for channels including Nickelodeon, MTV, Comedy Central and Paramount; if you want someone to blame for bringing South Park and SpongeBob SquarePants to the world, you need look no further.

It was while working for Comedy Central, on the road with the late, great Joan Rivers, that Cally was nudged into the sphere of performance. Acting as an unofficial business event warm-up for Ms. Rivers, it was she (then 81) who told Cally she had what it took to be a stand-up; and so, as a 45 year old single parent, Cally first took to the stage. She has since become one of the UK’s most-booked professional comedians. Cally’s TV and radio appearances include being a regular panellist on BBC’s QI as well as The Apprentice You’re Fired, Radio 4’s Museum of Curiosity, The Unbelievable Truth and Saturday Live. She is a frequent guest and commentator on BBC 5 Live, BBC Radio London and Times Radio.

She has a Masters in Neuro Linguistic Programming and has worked for many years, alongside her not inconsiderable day jobs, as a sought-after Executive Coach to the great and the good in industry, public life and politics. Cally also works as a mentor and champion of gender equality across a range of industries. Her clients include: BBC, Deloitte, Bloomberg, Sony Pictures, Google, PWC, IMG, Endemol, Channel 4, All3Media, Sky Television, ScreenSkills, L’Oreal, Wella, and Fujitsu.